• The location chosen for the university is appropriate for academic, ethical, and educational purposes.
• Away from environmental pollution.
• The university is close to the main roads and Axes , thus serving a very wide area .

Why was Merit’s name chosen?

• Merit’s name was chosen for the university, as it reflects merit, worthy and excellence
• Significance: Merit is “Princess Merit Amun” and she is the fourth daughter of King Ramses II, and she became the queen after the death of her mother. She was also “a priestess of the goddess Hathor, who undertook the rituals of her, So she was called Merit Amun, which means Beloved of Amun .
The statue of the princess is located at the Temple of Ramses II in the city of Akhmim in Sohag Governorate, which is a sign of the historical association of the University with Pharaonic civilization. 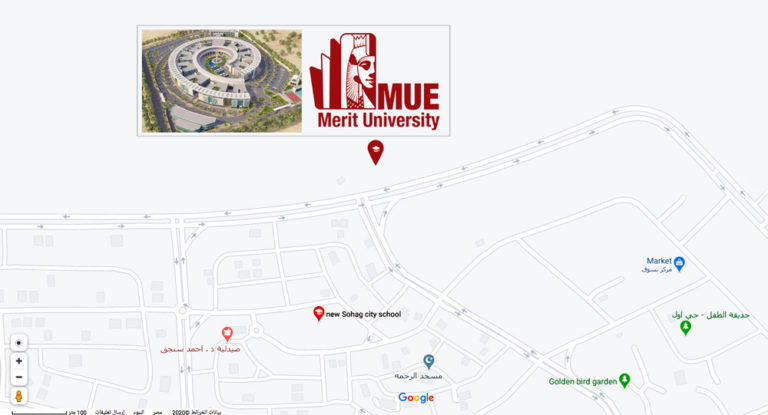 The distance between the university and the airport is (10) minutes

Buses are available from main areas.

The distance between the university and Sohag’s train station is 20 minutes.